MORE THAN 75% OF AMERICANS WILL CHOOSE CREMATION BY 2035 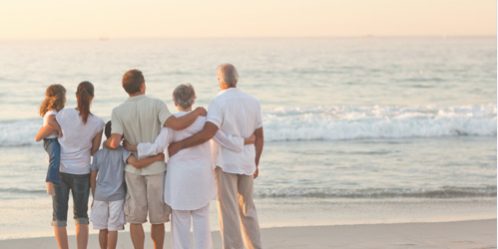 Increasing Cremation in the US

Cremation is increasing in popularity more now than ever before. More than 50 percent of Americans are now choosing to be cremated when they die instead of the more traditional burial. The National Funeral Directors Association reported that only 43.5 percent of individuals who died in 2016 were buried. They expect that rates will continue to rise and predict that more than 75 percent of those who die will be cremated by 2035.

One of the primary reasons for the increase in the use of cremation equipment is the desire for less religious undertones during a funeral. Fewer people are focusing on a ceremony that requires a religious official, such as a minister. Simplicity is key – as individuals feel like there is no need for a burial if the funeral if a simple gathering, making cremation a much more sought out option.

Certain religions previously prohibited cremation as going against sacred rules, but have recanted as society has become more modernized. Even the Catholic Church has allowed cremation since 1963, with restrictions on where the ashes were deposited being limited to cemeteries. The west coast has higher rates of cremation, likely due to the more traditional values being concentrated in the states on the east coast.

Cost is yet another factor that is causing cremation equipment use be more frequently used. It’s not as expensive to have someone cremated and to spread an individual’s ashes or bury them as it is to purchase a casket and have a traditional burial. The economy is having a significant impact on peoples’ decisions because cremation can be as much as 1/3 of the cost of a funeral. This is especially true in unexpected deaths where life insurance isn’t available or there are no savings for afterlife expenses.

Conventional burials are also more restrictive because they require everyone to gather at a location that might not be feasible due to work, school or distance. Cremation also allows for unconventional ways to reserve space, such as keeping the ashes in an urn or sprinkled over a favorite location as instructed by the deceased before their passing.

The trend of an increase in cremations doesn’t appear to be shifting in direction anytime soon and the funeral industry is rushing to adapt to stay in business. Fewer burials mean less profit in that aspect, so they must focus on memorials and viewings that generate income and allows funeral services to operate. Cremation is becoming the new norm, and society is beginning to recognize and accommodate it.